Early planning for T0 fungicide applications in cereals will be vital to prevent or hold back Septoria and Yellow rust infections spreading in crops as we enter the key spring growing period, according to Will Ridgwell, Clayton Plant Protection.

With a lot of early-sown autumn crops now showing very forward growth following a relatively mild winter period, the risk of disease infection is getting higher each day, with growers and agronomists reporting early disease infections are now quite widespread.  With milder than average temperatures continuing across much of the UK and much wetter weather patterns during February, disease levels will likely be building on lower leaves.

Growers should therefore keep a close eye on crops, especially if frosts or colder weather do not materialise over the coming few weeks to help slow down disease development. Growers would be well advised to assess disease risk on each field soon to plan their T0 fungicide programmes effectively and identify specific fields or varieties that are more at risk to target first for treatment.

A lot of the current winter wheat varieties popular with growers such as Skyfall are low-scoring in terms of susceptibility to Yellow rust, so will need to be carefully managed this early spring season. Early treatment of Yellow rust is crucial for good control, so this should be the focus of the first T0 fungicide spray applied to cereals at GS25-30. Tebuconazole-based fungicide mixtures are a good choice for T0 sprays as this triazole has a good knock-down effect on Yellow rust.

Clayton Navaro® (125g tebuconazole + 125g prothioconazole) and Clayton Trellis® (80g tebuconazole + 160g prothioconazole) would be ideal choices for growers at T0, along with Clayton Tebucon®250EW. Using a strobilurin such as azoxystrobin at T0 in combination with a triazole or triazole mixture can also be very useful to bring additional persistence and help with resistance management.

Azofin Plus® (250g azoxystrobin) is a good choice for growers wanting to add in a strobilurin at this stage. This early T0 spray can also be useful to protect high-risk crops against Septoria and reduce the disease pressure at later T1 and T2 applications, where Septoria is often the key target.

Following good conditions last autumn where many cereal crops were drilled early during the September to early October period, getting a good start in terms of Septoria protection early this spring will be very important for these early-sown wheat crops which will inherently be under higher disease risk. 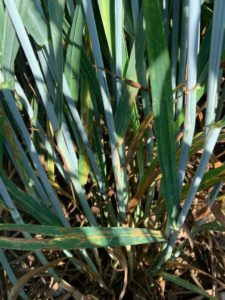 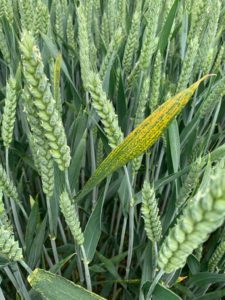 You are currently viewing this page on the version of the site.